***This is a short story and an introduction to the Fringes of the Universe series, it takes place directly after the events that happened in “Deception”***

Fresh off her first mission Jutel has a purpose. Aided by Mal and his vast knowledge she is going to clear Nian’s name with the United Universe Aid Coalition. She will make sure everyone knows that their planet had no part in the destruction of Olovia.

The United Universe Aid Coalition is nothing like she imagined and she learns that things are never as easy as they seem.

Aimless and with no idea what to do with her life Jutel flies through space just trying to keep her small crew alive.

Kisho, once an Imperial Prince and heir to the Vende throne, has figured out a way to reclaim the fortune denied him.

Thrown together by chance, Jutel isn’t sure why she’s helping a thief. Kisho just wishes she’d stay in his arms. Separate they’re a mess and together they aren’t much better, but circumstances throw them on a path neither of them anticipated. 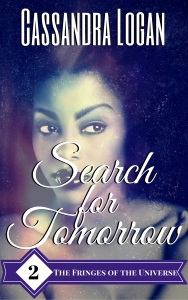 Their memories taken, Jutel and the crew of The Flower, search for answers.

Left for dead Kisho is just happy the woman he loves is still alive.

Separated by circumstance they fight to discover the truth only to end up in the middle of a fight they all might not survive.

The world literally collapsed under Jutel, but Kisho was there to save her. Together they have to navigate an increasingly difficult political situation where everyone seems to know exactly what the planet Vende needs but no one can agree.

Coming to grips with her feelings for Kisho, Jutel wants nothing more than to survive so she can start a future with him. Kisho has no idea how she feels but knows that he is going to spend the rest of his life, no matter how long, trying to convince her they make a perfect team.

Together again, Jutel and Kisho, will need to survive a government coup and an emperor bent on their destruction before they’ll get to see if their relationship can work. Death lurks behind multiple corners though it’s not always as permanent as you would expect.